In 1980, Mercedes-Benz revamped its SL lineup of sporting luxury convertible/hard-tops with the introduction of the 380SL. The 380 was a further development of the R107 chassis, which was first used in 1972 by the 350SL, and then later by the 450SL. Like its forebears the 380SL was a heady mix of V-8 power, refined luxury, and sporty underpinnings, and it was as a very popular model during its run in the U.S.

The 380SL, is named for its 3.8-liter V-8, a smaller engine than the 450SL and consequently 120 pounds lighter. The engine was designed with emissions controls in mind while the 450SL’s mill was not, which meant that the two engines were relatively equal in terms of power (155 hp in the 380SL vs. 160 hp in the 450SL) despite the difference in their displacements. Performance was similar for the two cars, as was fuel economy.

Dave Lloyd is the owner of this car – which he found in Pigeon Ford Tennessee at a car show among 6 miles of cars. He wasn’t there to buy a car but as he says – this is just a timeless beautiful car which he had to have. It will not see winter or rain while Dave has it. The condition is as new. He has only had minor cosmetic work done to it. 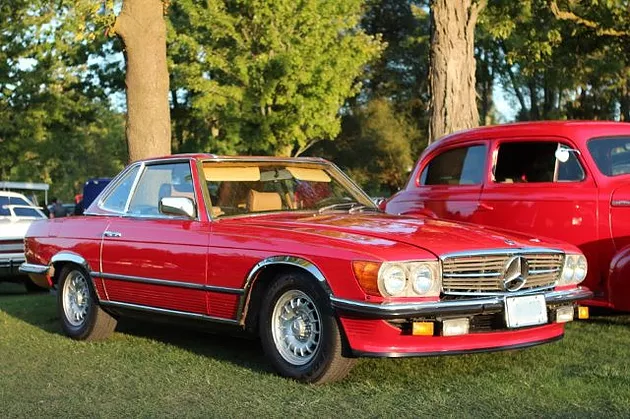 Dave is actually well known as a motorcycle guy – he has ridden the hair-raising Isle of Mann race four times and spent some years on the Grand Prix circuit in Europe. Believe it or not he even made an attempt at the Bonneville Salt Flats in the Arrow Streamliner. 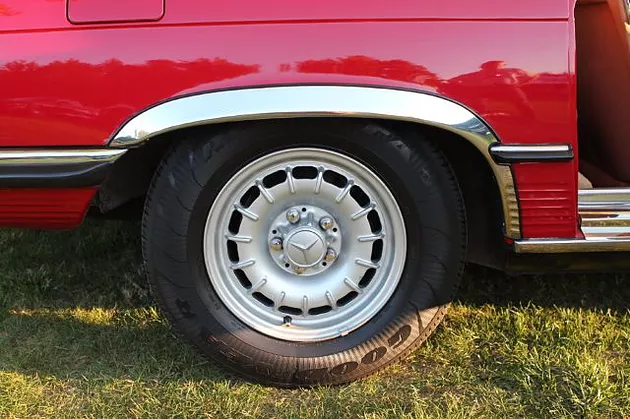 This is, as he says, a beautiful iconic car – a model most of us have looked at longingly over the years.

Dave says this car was imported to the US in 1982 at a price of $45,000 which is well over $100,000 in today’s money. However, due to loss of his normal storage arrangements he will reluctantly have this car for sale soon.

It is important to note:  Dave drives this car sedately and with the respect it deserves!